Hi~
Actor Ma Dong-seok’s main character, Action Newar, is popular these days.
I haven’t seen it yet because I don’t have time yet.
I really like action movies.
I saw the new world yesterday because I haven’t seen the exhibition yet.
If you want to pick a famous movie from Korea’s Newar movies, you can choose a new world, a war against crime,
There’s a crime city. I’ll review the New World today. 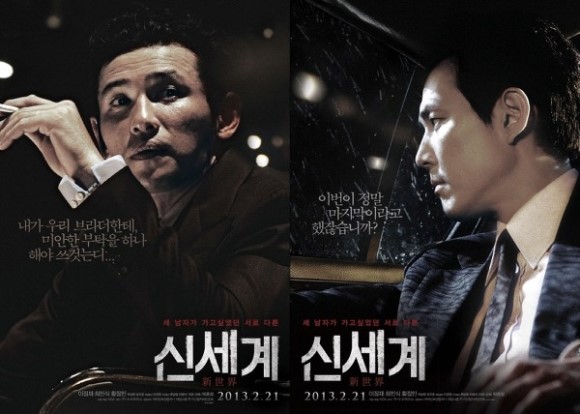 The different New World that three men wanted to go to.

​”You, you and I, we’ll work together.”
Director Kang Min-sik of the National Police Agency’s investigation planning department said,
Goldmun, the nation’s largest criminal organization, is a corporate organization.
As the force expanded, Lee Ja-seong (Lee Jung-jae) of the new police station.
Order an undercover investigation.
And in eight years, magnetism was the No. 2 man in Gold Moon.
He will become the right-hand man of the group’s heir apparent Chung Chung-cheng (Hwang Jung-min).
“My brother just has to trust him!”
When Gold Moon suddenly died, Director Kang Min-sik (Choi Min-sik)
Designs a “new world” operation that directly intervenes in determining the successor.
In the midst of a war of successors, no blood, no tears,
Chung Cheng (Hwang Jung-min) first met eight years ago in his hometown of Yeosu.
We’ve been together for every moment like brothers.
It sends stronger trust to magnetic properties (Lee Jung-jae).

“I promised… This is the real end.”
Meanwhile, Kang Min-sik, who only thinks about the success of the operation, continued to do so.
Lee Jeong-jae (Lee Jung-jae) is about to choke on his own throat.
The magnetic character (Lee Jung-jae) who is on the verge of being exposed every minute.
With the police who don’t know when to betray themselves,
You get into conflict between Chung-cheng (Hwang Jung-min) who treats you as your brother’s loyalty. 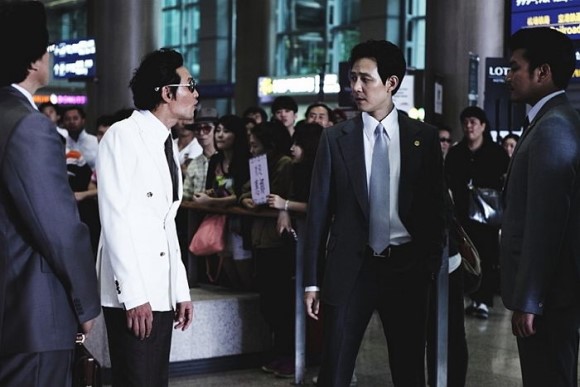 It’s a 2013 release that drew 4.6 million viewers.
Park Hoon-jung, who rose to fame as a star writer of Chungmuro for seeing unfair trade and evil.
I directed this movie myself.
Famous actors such as Choi Min-sik, Hwang Jung-min, Lee Jung-jae, Park Sung-woong, Song Ji-hyo, etc.
It’s a really fun movie. 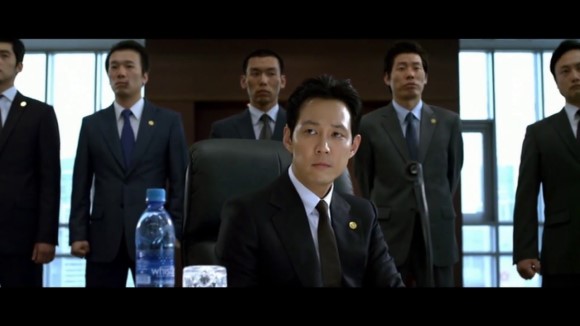 “I promised… This is the real end.”

Lee Ja-seong (Lee Jung-jae) is the right-hand man of Chung Cheng (Hwang Jung-min).
I have had a special relationship with Jeongcheong since I was a jackass of Yeosu.
Jeongcheong is trusted with her hidden credit for leading Cheongcheong to the No. 3 position within the Gold Gate. He comes from the same east as Chungcheong, and as a Chinese, he is as close to his brother as he is.
His real identity is actually as a police officer, and he was a new recruit at that time.
Looking at the origin of Jasung, Kang Min-sik (Choi Min-sik) gave him to Jeongcheong.
Lee Ja-sung has gone up to Goldmun’s executive board, and he’s got a lot of the group’s key secrets.
They were diverted to the police, all of which were the chief’s ruse and instructions.
Later on, to create my own partiality at the Gold Gate and ruin the Gold Gate.
Kang said, “The real forces of the Golden Gate, Jeong-cheong, and Lee Joong-gu (Park Seong-woong) are the two main forces.
I’m going to give Jungcheong the data of interest and take her to the path of ruin.
But the bottom line is that he survives,
Remove both Kang and Lee Jung-gu and become the chairman of Gold Moon. 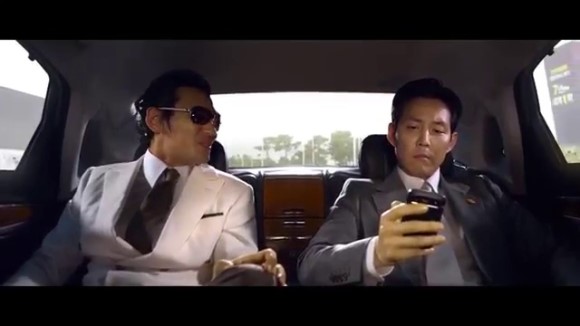 Jungcheong (Hwang Jung-min) is a third-in-command of Gold Moon from China.
In fact, the second-in-command has become an old man in the back room of a movie.
The real No. 2 man in Gold Moon is Jungcheong.
Actor Hwang Jung-min played Cheongcheong, and continued to change his emotions and exaggerate expressions.
And if you do it well, you’ve created a lot of nouns.
with a constant stream of gags and funny swearing and breaking.
It’s a character that makes people laugh.
He’ll settle Yeosu with his own henchmen and agenda, Lee Ja-seong.
He came to Seoul to make the North Gate Parade, and Seok Dong-chul, the first man, and Jae-beom.
We decided to put the tissue together and went under him.
Later, a double-dealer was tricked by the chief of the river and attacked the jungle.
He’s alive, but he’ll die in the hospital soon.
He knew he was a cop in the middle, but he kept him alive.
He is full of loyalty and affection. 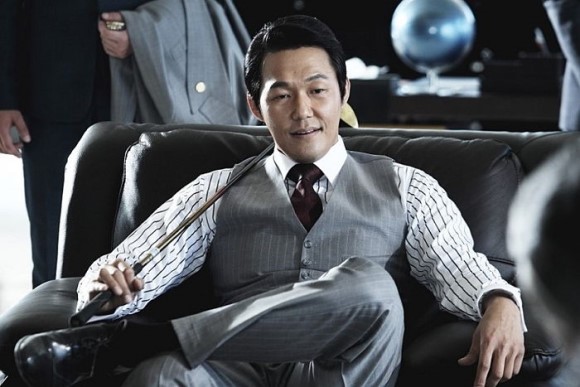 “If anyone is there, give me a cigarette.
It’s okay if you go there and smoke.
What a lovely day to die…”
Lee Joong-gu (Park Sung-woong) is the No. 4 figure in Gold Moon. It’s actually the third-in-command.
He is the head of Jaebeompa and is a rival to Jungcheong.
I’m terribly sick of the passion.
In the middle of the movie, I’ll be in jail.
By the time he was released, he had already changed the game at Gold Gate.
They’re removed by their own people.
They create many famous scenes and lines with charisma in the movie.
Plus, you can really enjoy smoking.
You say you’re a non-smoker.
How do you smoke better than smokers?
It’s a great performance. 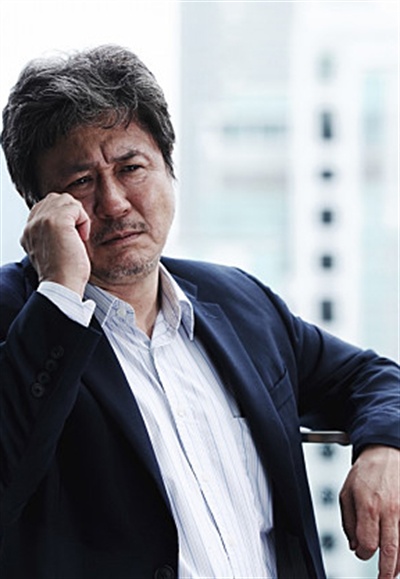 Chief Kang Hyeong-cheol (Choi Min-sik) is a police officer.
He tried to destroy Gold Gate, and he planted it as Gold Gate’s spy.
He’s a cop who can’t do anything to catch a gang.
You’ll get rid of it later by Lee Ja-seong. 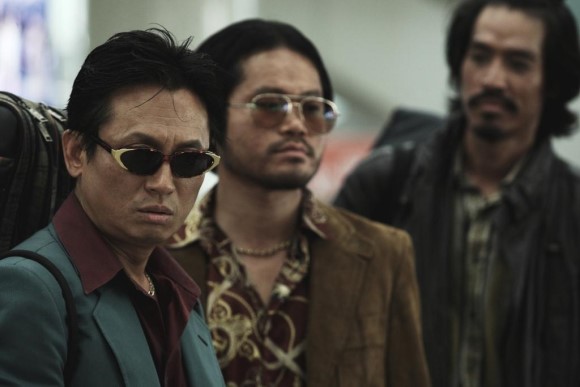 Kang is fighting between Jeong-cheong and Lee Joong-gu to get rid of the gold gate.
Eventually, Lee Ja-seong removes everyone and becomes Gold Moon’s No. 1 man, and the movie closes.
Shinsegae’s storyline seems to have been perfect, and it’s a good organization.
But the most praiseworthy thing is the acting of the actors.
Especially, Hwang Jung-min’s acting is sometimes funny and sometimes creepy.
I’ve improved the quality of the movie because I’m good at coordinating my emotions. 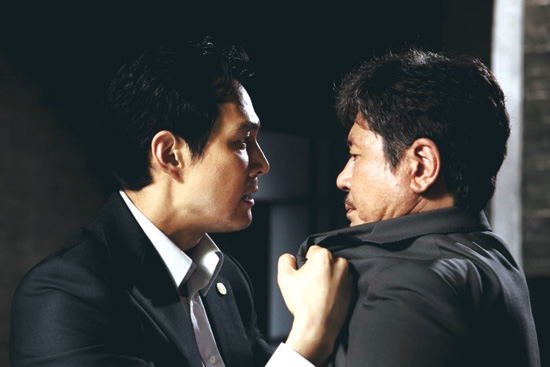 Especially, the scene of the elevator scene and the scene of the murder of Mr. Go was really scary.
If you’re a fan of Action NOW, you’ve all seen it.
For those of you who didn’t see it, Gangchu!~
But if you can’t see anything cruel, I’ll show it. 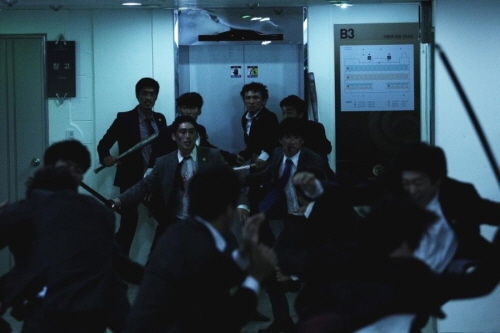 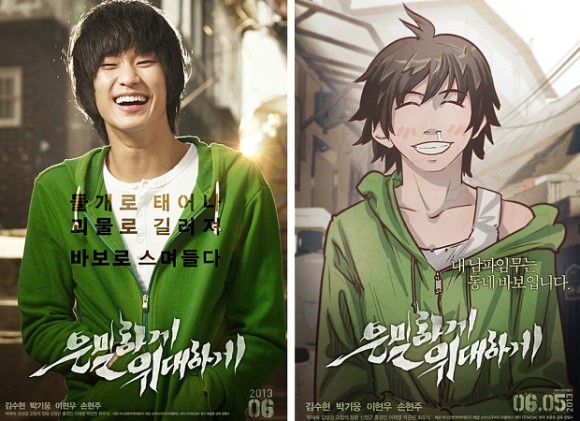 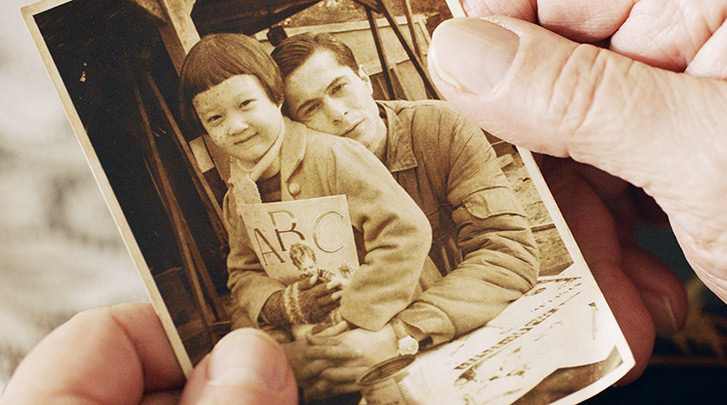